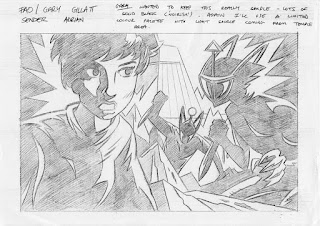 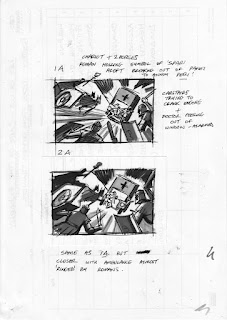 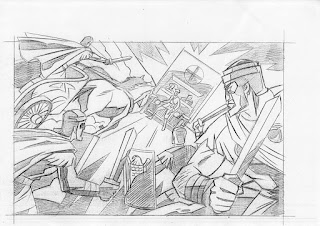 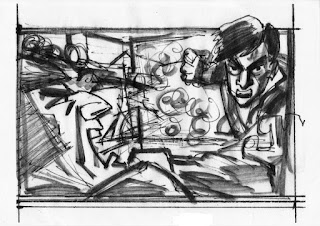 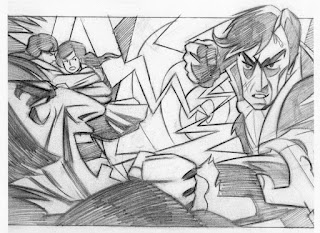 I pretty much nailed the design I wanted here first go. It was a simple exercise of lightboxing through and fleshing out the image.
Posted by Ade Salmon at 20:05 4 comments:

Groovy Age of the Mummy ! 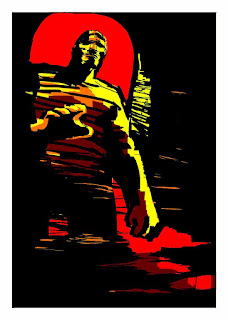 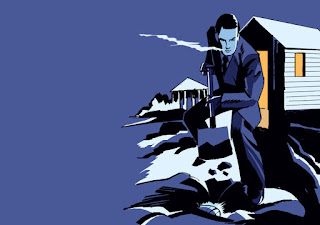 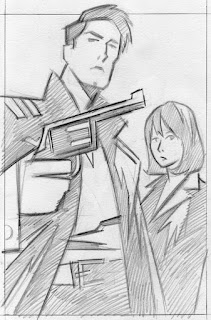 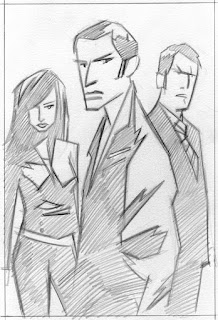 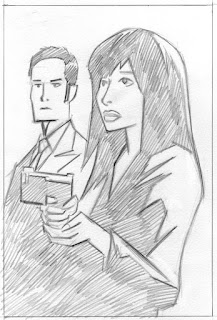 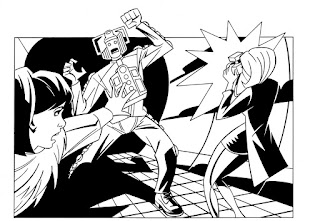 Edit: Thanks to GK for scan of original art he owns. 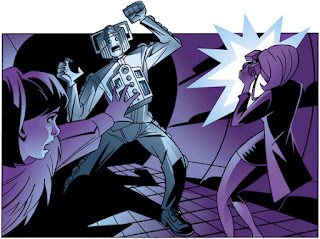 I don't have the pencils on hand for this as it was done some years back. I've drawn the Time Team feature for Dr Who Magazine for something like 7 years! This is a favourite because it's from Pat Troughton's THE INVASION. A cyberman goes bonkers and runs off down the sewers! - Zoe ( in fab fluffy boa) and her groovy 60's photographer friend take a snap!

Trial of a Time Team 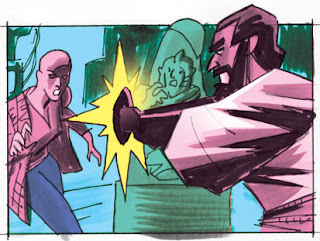 Unusually I chose to present this rough in colour ( usually I stick to b/w wash). The three protagonists seemed fairly well balanced and I was given the go ahead. 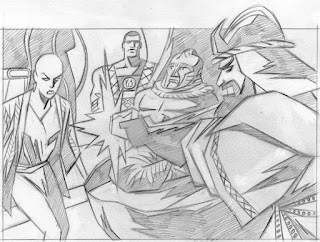 Some artists choose to blow up their roughs and then trace through the design using a lightbox. I've tried this myself - my only bugbear is that it can stifle a drawing before it's properly born. I usually draw by eye from my rough ( sometimes I use a simple grid) - but mostly I like to see where the drawing will go. As long as my basic idea stays intact - I'm happy. 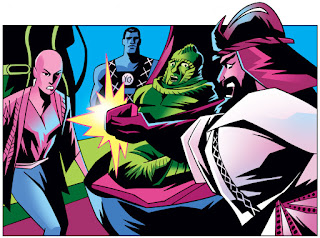 Finally the piece is finished and emailed off for approval. In this case Sith's expression needed work ( he's the ugly green creature). I worked directly in photoshop to do this fix - not particularly difficult. Sometimes stuff like this is picked up at pencil stage , sometimes later. Factor in my *creative* inking and not every job swims through smoothly. 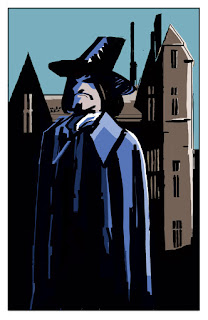 Terry Sharp is taking shape. I'm selfishly keeping the art under wraps ( even my co-creator is in the dark) - as soon as I'm happy with the new way I'm working is going - I'll post some snippets. All I can say is it's a joy to be back delineating Terry's adventures.

In other news I'm dallying with REIVES - a hunter of witchhunters...