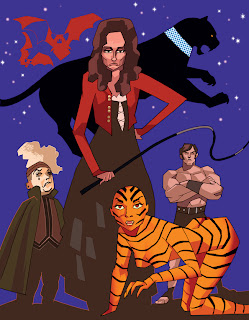 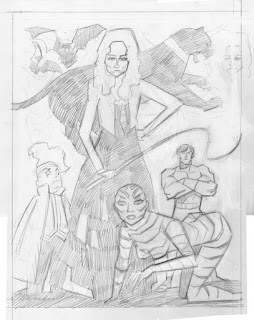 Vampire Circus is my favourite 1970s Hammer film. Here's the inside cover art I've done for the next issue of Little Shoppe Of horrors ( which focusses on the film). Also I've included the pencil stage for comparison.All these characters feature in the film - the Ringmaster played by Adrienne Corri. Check out the film when you've a chance - but be warned it's bloody and contains nudity Hammer horror style!

GOSH and PANEL this weekend

I'll be at Gosh comics shop in London this Saturday 4th May for Free Comicbook Day painting a lifesize Doctor and Clara on the window ( see below for pencil rough above) http://www.goshlondon.com/2013/04/free-comic-book-day-2013/ and on Sunday 5th May I'll be on a Dr Who Comics panel at 12.15 PM at the Stratford Picture House , London. http://www.sci-fi-london.com/festival/2013/programme/event/dr-who-50th-anniversary-talk-screening


I'll be signing stuff too!