I was invited to contribute a back cover for the latest issue of that august Hammer film journal LITTLE SHOPPE OF HORRORS #37 out at Halloween 2016. Roy Skeggs who produced the Hammer television series Hammer House of Horror is one of the interviewees in the issue so I chose to paint an image based on my favourite episode The Carpathian Eagle which starred the lovely Suzanne Danielle. She plays a serial killer writer who takes on the persona of various murderers and in this case a legendary Carpathian Countess. She then lures men to their doom tearing out their hearts! 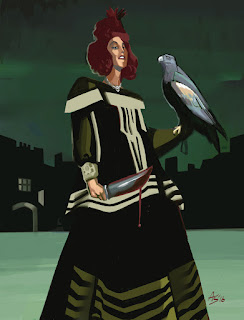 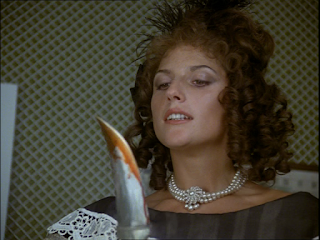