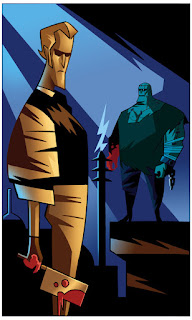 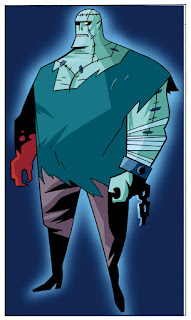 Waiting in the wings for quite awhile to be drawn is Terry Sharp's first gothic feature - BARON FRANKENSTEIN. Legend has it that two pencil layouts exist in the Studio - but for now may I unveil our main protagonists! My good friend Bob Tinnell wrote the tale - he also scribed our graphic novel THE FACELESS: A Terry Sharp Story which is available from Amazon. We both intend to get back to the big guy and I'll certainly be highlighting my favourite 1960's film director and fighter of Evil - here at the blog.

BARON FRANKENSTEIN was initially shelved for various reasons - running at 30 plus pages in colour - finding an opportunity for that much free time was a task. Also I'd just finished drawing UNIVERSAL MONSTERS for Dr Who Magazine and frankly - bad pun intended - I was burned on gothic. Yes it can happen. Anyway here's the pix.:)