ROBOTS OF DEATH / STORM MINE

I was delighted to be asked to illustrate two posters for these upcoming fringe plays. Robots of Death is adapted from Chris Boucher's Dr Who original story and Storm Mine based on the audio adventure script. The images needed to represent each play individually but at the same time tieing them together. It struck me the chessboard from the play would be an ideal graphic solution representing the cat and mouse game between Taren Capel and the crew of the Sandminer An ambigious robotic faced Taren looking down on the game as two Vocs stand guard.

The second illustration was more difficult and so became more of a composite of elements - the human dream tree , the Fendahl monster and the quarantined Kaldor city forming a backdrop with the Robot central to the story towering over.

For the premiere *only* - Paul Darrow !! will be starring which I hope to be at. For more details go to : http://www.kasterborous.com/2012/06/robots-of-death-at-the-greater-manchester-fringe/ 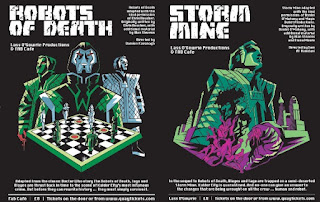 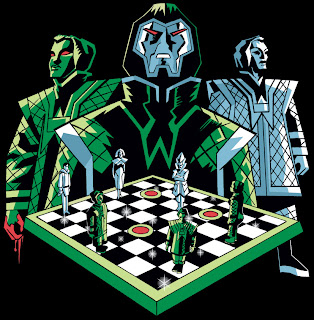 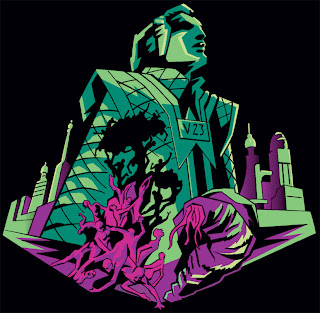